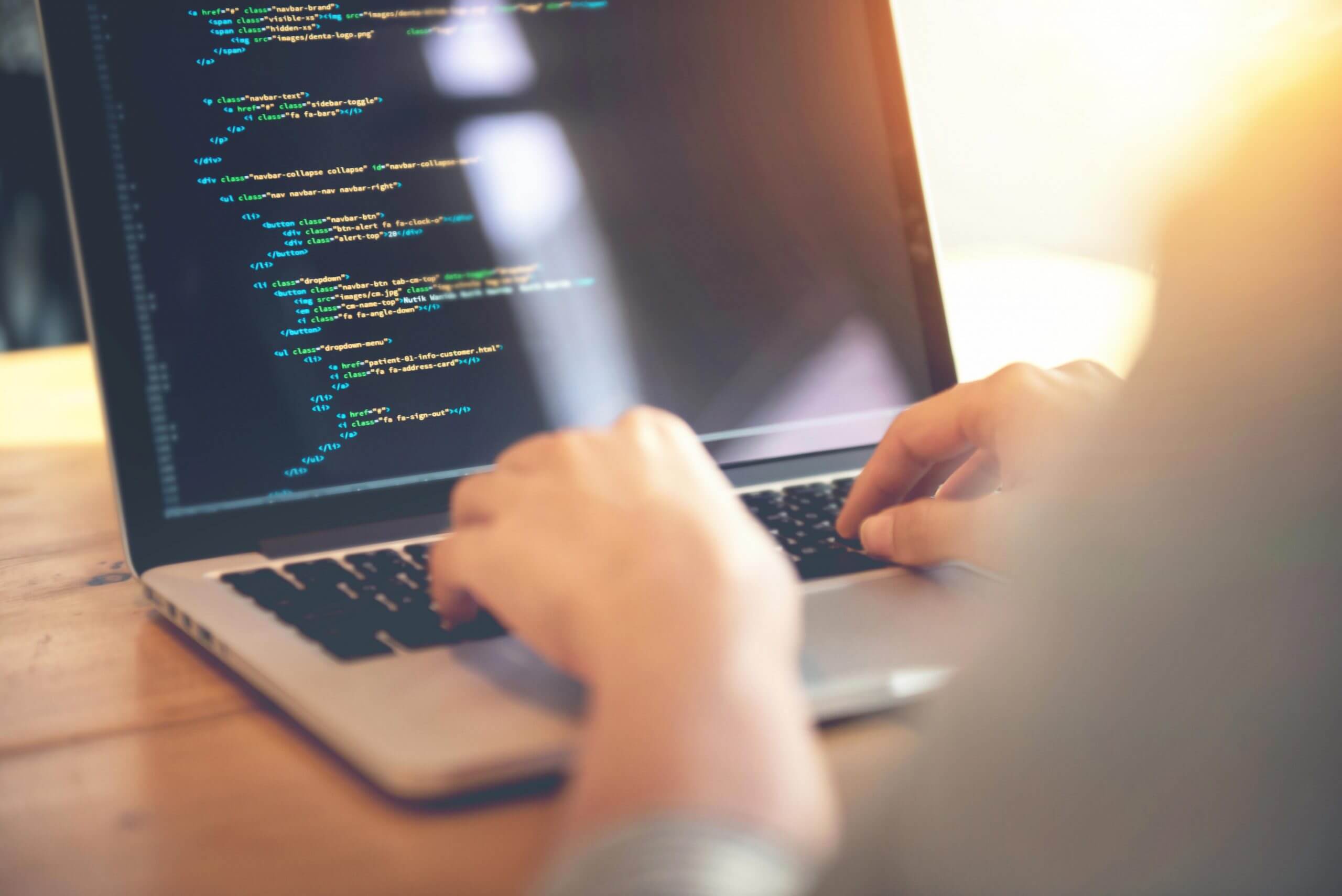 So, to hire a development team, you have to keep in mind the full range of characteristics, analyze them and choose one of the best countries for offshore software development. Speaking of rates, we can distinguish two large pools of directions for offshoring:

In countries and regions with a high standard of living and stable economies, including the USA, Australia, Western Europe, Israel, the United Arab Emirates, Etc., the rates of IT development are higher and usually range from $ 50 to $ 150.

Regions with less developed local markets, such as Latin America, Africa, Asia, and Eastern Europe, are often characterized by lower rates of shelf development and a large number of specialists. Rates average between $ 20 and $ 50.

It is the regions with less developed economies that have become real players in the global IT offshoring arena. They have evolved into reliable and productive IT hubs that produce a significant portion of mobile and web solutions.

SOFTWARE DEVELOPMENT IN THE EUROPEAN AREA

Let’s look at the countries of Eastern Europe, where, according to many experts, the optimal value for money. Software development in Europe is a massive market with significant growth potential. With revenues of just over $ 100 billion in 2016, it should reach $ 127.4 billion in 2021. The total number of professional software developers in Europe reached 6.1 million (up from 4.3 million in the US). Germany, the UK, and France are among the top three for professional developers, but these countries also have the fiercest competition for this talent.

Consider hiring a team in Eastern Europe. The region got high positions between offshore IT centers in recent years, employing about 1 million highly qualified developers. Its primary development centers include Ukraine, Poland, Romania, Belarus, with an average offshore development rate of $ 20 to $ 50.

While development costs are reasonable in eastern Europe, the quality is also promising. This region, rich in technical education, offers solid and proven IT expertise. Another positive factor when choosing an IT vendor in Eastern Europe is a relatively high level of English proficiency.

Eastern Europe boasts over 1 million software engineers making it an attractive offshoring destination. With the growing number of IT professionals in the region, significant steps spur IT markets’ development. There is an opinion that IT professionals from Central and Eastern Europe offer a higher quality of work than their Asian colleagues. It could explain by the presence of a solid academic education of European quality.

TOP REASONS TO HIRE UKRAINIAN SOFTWARE DEVELOPERS FOR YOUR PROJECT

Ukrainian software developers are recognized as some of the best IT specialists in Europe, thanks to their deep technical knowledge, high level of English proficiency, and knowledge of new disciplines. Let’s look at the main reasons for hiring Ukrainian coders.

There are 1,500 IT companies in Ukraine that offer almost all types of software services, including web applications and mobile devices, UI/UX development, R&D, IT consulting, analytics, and much more.

The country’s rich tech scene has also fueled the rapid growth of the local startup community. Jooble, DepositPhotos, Grammarly, GitLab, PetCube, Mobalytics, Preply, Attendify, CleanMyMac, InvisibleCRM, Looksery, and Readdle are just a few of the big names that have emerged in Ukraine.

THERE ARE MORE THAN 185K IT SPECIALISTS IN UKRAINE

Software development is an advanced popular area in Ukraine. Ukrainian software developers speak the most popular programming languages: Java – 17.8%, C# – 14%, JavaScript – 17.7%, PHP – 12%, and Python – 10.9%. Ukraine ranks at the forefront of the world regarding the number of Unity3D game developers and C++ engineers. Also significant in terms of the number of JavaScript, Scala, and Magento developers. And Ukraine claims a large share in Node.js, Python, ASP.NET, Ruby, Symfony, and PHP specialists.

Four hundred two universities and colleges in Ukraine graduate more graduates annually than in many other countries. Each year, more than 36,000 students graduate from local universities with degrees in information technology. In addition, the World Economic Forum named Ukraine one of the ten leading countries globally regarding engineering, manufacturing, and construction specialties, annually graduating 130,000 graduates.

Agile Eastern Europe Conference, PyCon Ukraine, iForum, IT Arena, and DEV_Challenge are the main technical events in Ukraine, giving the country’s IT specialists the opportunity to communicate with their colleagues’ experiences the best practices of industry leaders. According to a recent survey from developers.org.ua, 60% of Ukrainian developers regularly attend specialized IT events. Furthermore, the largest conferences attract over 7K attendees and speakers worldwide, such as Skype, IBM, HP, SAP, Intel, and Dell.

The work ethic that dominates the IT offshoring industry in Ukraine is very similar to that in the West. Ukrainian developers are not just performers. They are open to challenges and confrontation, personally participate in the projects they are working on, and contribute to their success.

The flight time between Ukraine and any major city in Europe will take no more than 2-3 hours, and international airlines, in turn, offer regular direct flights. For example, Kyiv provides three direct flights a day to the most significant London Heathrow Airports, Gatwick and Luton. You can also travel to London from major Ukrainian IT centers with Ryanair or Wizz Air UK for only € 18 or € 22.

WHICH IT GIANTS HAVE R&D OFFICES IN UKRAINE?

The IT market of Ukraine annually demonstrates a stable growth of 20-30%. So naturally, the development of investments in Ukrainian IT companies shows regular dynamics – an annual increase of one and a half times.

Unlike neighboring Poland, where the R&D of international corporations abounds, Ukraine is not famous with such centers. Foreign customers perceived the country as more for outsourcing. R&D differs from this type of activity in the more excellent added value of services, which, of course, is suitable for developers and the economy as a whole.

But Ukraine is also gradually beginning to become a region for hosting developers. The trend is slowly changing, and during the last few years, several large companies have opened their development centers. Let’s take a look at what other R&D centers of world-famous companies locate in Ukraine.

The American corporation Google has its R&D center in Ukraine. In November 2019, the corporation bought the CloudSimple company with an office in Kyiv. The R&D center is still tiny, and it employs about 30 people working on developing cloud solutions. Google also leases its caching servers to our providers for free through the Google Global Cache program. Let us remind you that there was only an office selling advertising and other commerce earlier in Ukraine.

Microsoft has a large regional office in Ukraine. The press service could not provide an answer as to exactly how many people work in it. In our country, Bill Gates’ corporation and the team assigned to the local market also have specialists serving the Black Sea region, Central and Eastern Europe, and Management Center Europe, interns, business support, and others. Microsoft Ukraine has been operating since 2003.

More than 80,000 people work in Oracle offices around the world. About 500 developers work for this company in Ukraine. They are mainly working on cloud solutions. In 2015, Oracle in Ukraine expanded significantly by purchasing the Maxymiser company with two R&D centers in our country. So now, there are Oracle developer divisions in Dnipro, Kharkiv, Kyiv, Lviv, and Odesa.

The corporation has been developing its development in Ukraine for several years. It was not a targeted market entry. As the result of the global transaction between the two companies, the Center for Research and Development Amazon appeared in Kyiv. Early 2018, the corporation announced that it was buying a California-based startup, Ring. The Ring is a manufacturer of intelligent calls and surveillance cameras. The Ring team in Kyiv produced all the intellectual parts of the products, including the image recognition technology. More than 300 engineers worked in the capital’s R&D center. Since that time, the Ukrainian Ring has grown and already employs 900 people. The second office appeared in Lviv.

The headquarters located in Tokyo. It is a Japanese company, a manufacturer of electronic and computer equipment, one of the world’s largest telecom companies. More than a thousand employees of the American company Netcracker, a subsidiary of Nippon Electric Corporation, work in three Ukrainian offices in Kyiv, Odesa, and Sumy. Netcracker specializes in operational support systems (OSS), business support systems (BSS), and solutions for telecom operators, large enterprises, and government agencies.

To help grow the IT community in Ukraine, Netcracker has created a vast network of educational centers in partnership with major technical universities. More than 1,500 people graduated from its academic centers in 2006-2018. Netcracker employs 33% of graduates in Ukraine.

Perhaps the largest and most significant R&D office in Ukraine is at the Samsung R&D Institute. Samsung has been developing in Ukraine since 2009. Previously, he had two development offices in Kyiv and Kharkiv. But at the end of 2014, the latter had to be closed, and valuable employees transferred to Kyiv. And the declared investments in local R&D were supposed to amount to $63 million. So now, more than 1000 people work for Samsung in Kyiv.

In the Ukrainian division of the Chinese corporation, Huawei employs 200-250 people, and in the implementation of large projects, their number increases to 500. The company provides telecommunications services and includes maintenance of equipment, commissioning, construction. Telecom operators buy the kit directly from Huawei in China, Singapore, Etc.

Bolt opened an office and R&D center in Ukraine and built one of the fastest-growing transport platforms with cars, motorcycles, electric scooters in Europe and Africa. Today there are more than 25 million users in more than 30 countries around the world. The company is recruiting developers for the new R&D. Previously, and the development performs in Tallinn.

Offshoring software development is no longer a trend, and it is a proven strategy to optimize costs and reach a wider pool of professionals. A qualified, specialized team can be ideal for both a new startup project and a finished product.

We have already made several solutions for our many clients. All you need is to focus on your business purposes, and we will find the team in Argent Company, which will support your project, help turn it into success, and be reliable, experienced, and always next to you. Just take a moment to tell us more about your project here hello@argent.team